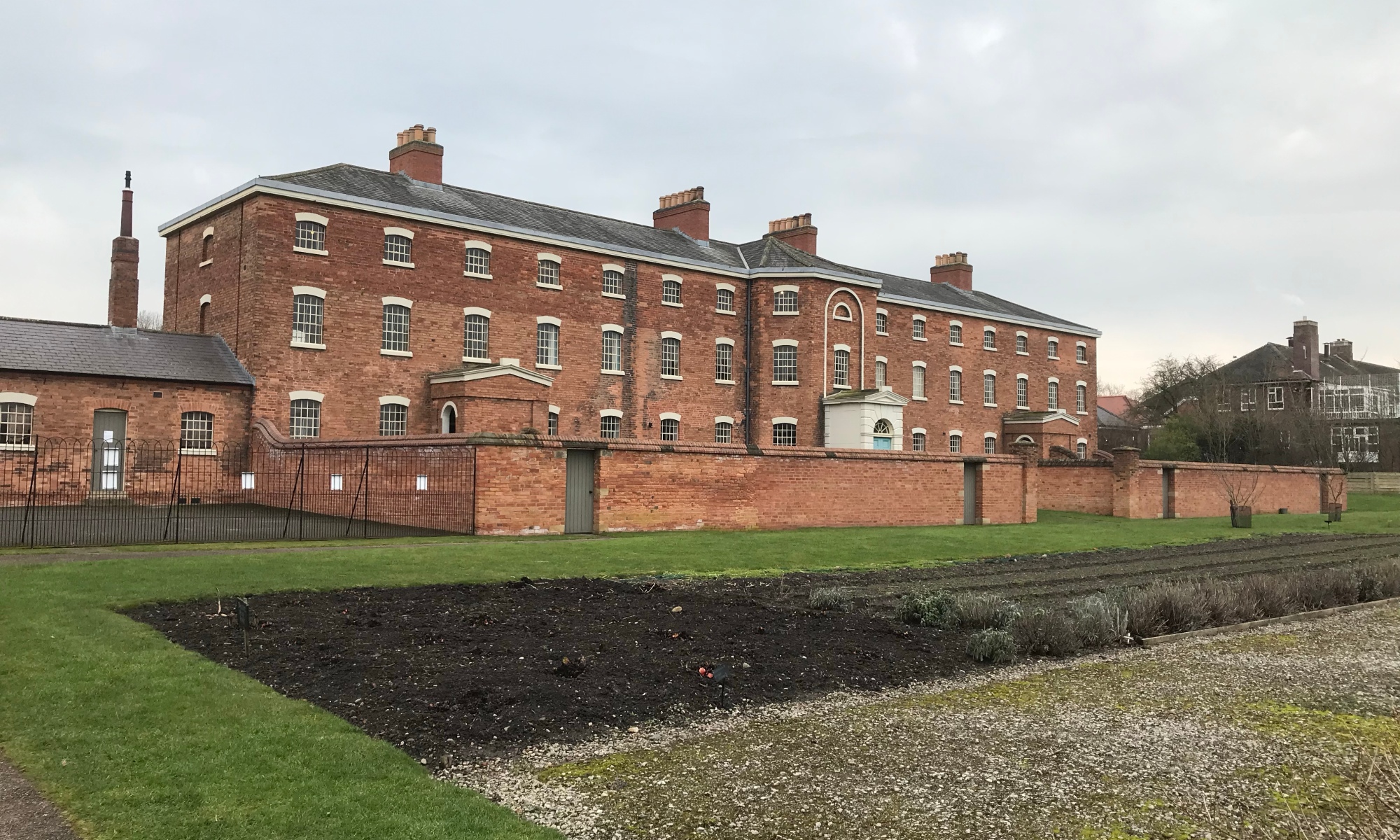 The heading covers two points, firstly my birthday and secondly our trip to visit Southwell Workhouse museum that was closed the last time we were in Southwell.

To be honest the trip here, in fact the first three hours were a collection of catastrophes although that may be a bit strong.

We left home and within 10 miles we were stuck in a traffic queue because of an over turned lorry had closed the road in both directions. Eventually we went for it and turned the motorhome around and headed back but the sat nav took us on a new route which I vaguely knew was wrong.

After consulting a map while parked in a lay-by it was obvious we need to return home and start again. We had been on the road for an hour and had got nowhere. We joined the A1 near home and headed north, within 40 minutes we were at the campsite although we had been driving for 1hr 45m.

The next issue was filling with water. The tap adapter was missing which meant instead of a hose straight to the water tank, we had to use an Aqua roll and pump the water into the tank. Sue got that job, and considering she had not done it before we soon had a full water tank

Then I picked up my phone to check if the van was level with an app and I found the screen was cracked across a corner, who knows when it happened but I did not notice it last night or this morning.

Two trips to the farm house to pay because the owner was not about.

At last a sit down and Sue went off to check the toilets and showers. We had a laugh because last time she could not open the doors. Sue was soon back and she had not got into the toilets because the door would not open. I went with Sue to check it out. The doors opened without a problem, I returned to the van cursing.

What a start to our trip, hopefully every thing we now go smoothly.

We went for a walk in the afternoon and followed the Southwell trail, an old railway line heading to Mansfield, we walked for half an hour before turning back home for tea and cake.

Tea tonight will be a home cooked Chinese meal, I don’t know where Sue got all those plastic dishes from but it made it easy to serve.😂

This morning it is foggy, and it has been raining with more rain forecast. Today we are going to stay around the campsite although we will no doubt go for a walk later.

The forecast is better tomorrow so we will head for the workhouse museum while it is dry because it is a fairly long walk.

The rain slowed to a drizzle so we went for a walk. We ended up walking all the way to Southwell. Once we got back home we had only walked a total of 2.75 miles so tomorrows walk to the museum will not seem much longer.

Tonight we have got Steak but before then tea and cake again.

The rain has gone and it definitely a bit warmer. Our trip today is to the Southwell Workhouse. We set off along the Southwell trail and followed the path to Workhouse Museum.

We did not time it very well and we arrived before it opened. Eventually the doors opened and we were in.

A really interesting building that started as a workhouse and ended up in the 1970s as sheltered housing. There are rooms that were used in the 60s & 70s that have remained unchanged which is quite a humbling experience.Following on from the workhouse we went to the infirmary and followed the tour, again it was well laid out with plenty of information.

We left the museum and headed into town to get some pasties which we ate while sitting on a bench in the Minster grounds. After lunch we headed home. Overall we walked 6 miles so the afternoon was spent chilling in the van.

Tonight we are having butter chicken with saagaloo . It looks and tastes better than it sounds.

Home tomorrow ready for the weekend.