With Iona Taxed, Serviced and Habitation checked we are ready to start the new season. For our first trip we are heading to Burnhan Deeping on the North Norfolk coast. We follow another blog and the couple had stayed at the Deeping Backpackers Campsite over the new year so we decided to give it a try.
We managed to get a Low season offer booked in December for our February trip. The offer was full facilities, electric and wi-fi for £14 per night.

We arrived just after midday and although the pitch looked on a slope we parked nose in and to our surprise we were 100% level. We were soon settled. After lunch I suggested we go for a walk.

We found the coastal path and headed west towards Brancaster, with the idea of just checking out a route for tomorrow, however we walked along the path until we came to Brancaster, passing a couple of men cutting reeds ready for thatching. I decided it would be good to stop for a drink at the Ship Hotel. We had been walking for just over an hour so it was a welcome break. We sat in the warm for half an hour and set off for the campsite at 16.30. When we arrived back at the campsite it was dusk. We had walked just over 7 miles today when it was just going to be a short walk. Today is the Chinese New Year so our tea tonight is a Chinese Meal from ASDA.
Day 2:
Next to the Campsite/Back Packers Hostel is a garage with a huge Nisa convenience shop, and next to that is a cafe and a row of boutique type shops. They also have pop up shops in the car park, and then there are the three pubs along the main road. The White Horse and the Jolly Sailors still need to be visited.

This morning the sun was out and it was quite mild so we walked along the Coast path again to Brancaster, at Burnham Staithe I talked to some Mussel fishermen who were sorting the mussels by size before they are put in tanks of clean water, this allows them to clean themselves of the silt. We carried on past the site of a Roman fought and on towards the beach via the flood bank.

Branodunum is one of eleven forts along the South and East coasts of England known as Saxon Shore Forts. They were built in the 3rd century.

We walked along the beach for about a mile before turning back. The high tide mark was covered with shells of all description but the majority were from razor clams. 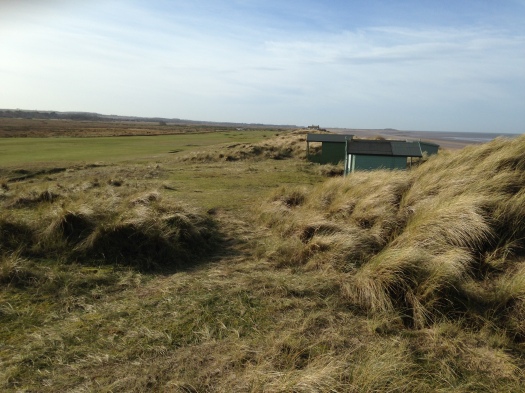 Once off the beach we headed for Barrow Common up on the hills overlooking the mud flats. 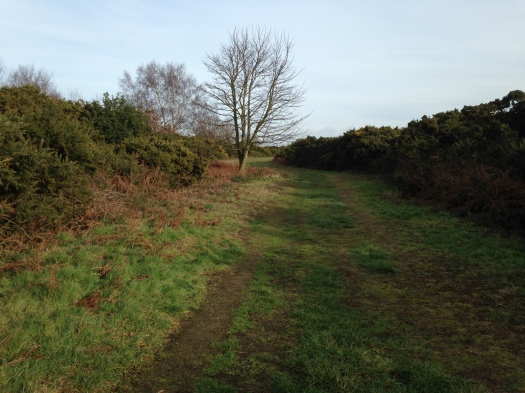 The common is mainly gorse on the top with deciduous woods on the hill sides. We came across some old buildings over looking the sea.
These are  the remains of an old Radar station that was active during the second world war. It was used to search for enemy plains approaching at low level over the sea. It shut in 1944.

We left the radar station remains and walked around the common looking for access to the lane that would take us back to the campsite. By the time we got home we had been out 4 hours and covered 10 miles or just over 22,000 steps.
Tea was in the slow cooker all day and it smelled great. We settled down to beef stew and soda bread, washed down with some wine.
Day 3:
What a difference in the weather, strong winds gusting at over 52mph, I woke at 5am to the van rocking quite violently. The rain stopped at mid-day and we walked to the onsite cafe for Fish & Chips which were superb.

After lunch we went for a walk first to have a look at the church, which is one of several with a Saxon round tower, built around the early 11th Century. The tower has a single Bell, cast in the 15th century in Kings Lynn.
We set off along the flood bank that borders the Deepdale Marsh, we managed about a mile in the strong winds then turned for home.
Later the wind dropped to a normal level and the sun came out which finished off our last afternoon. 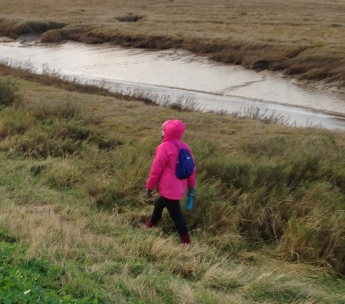 Tonight we have a slow cooked Lamb Stew with Guinness and Soda bread.