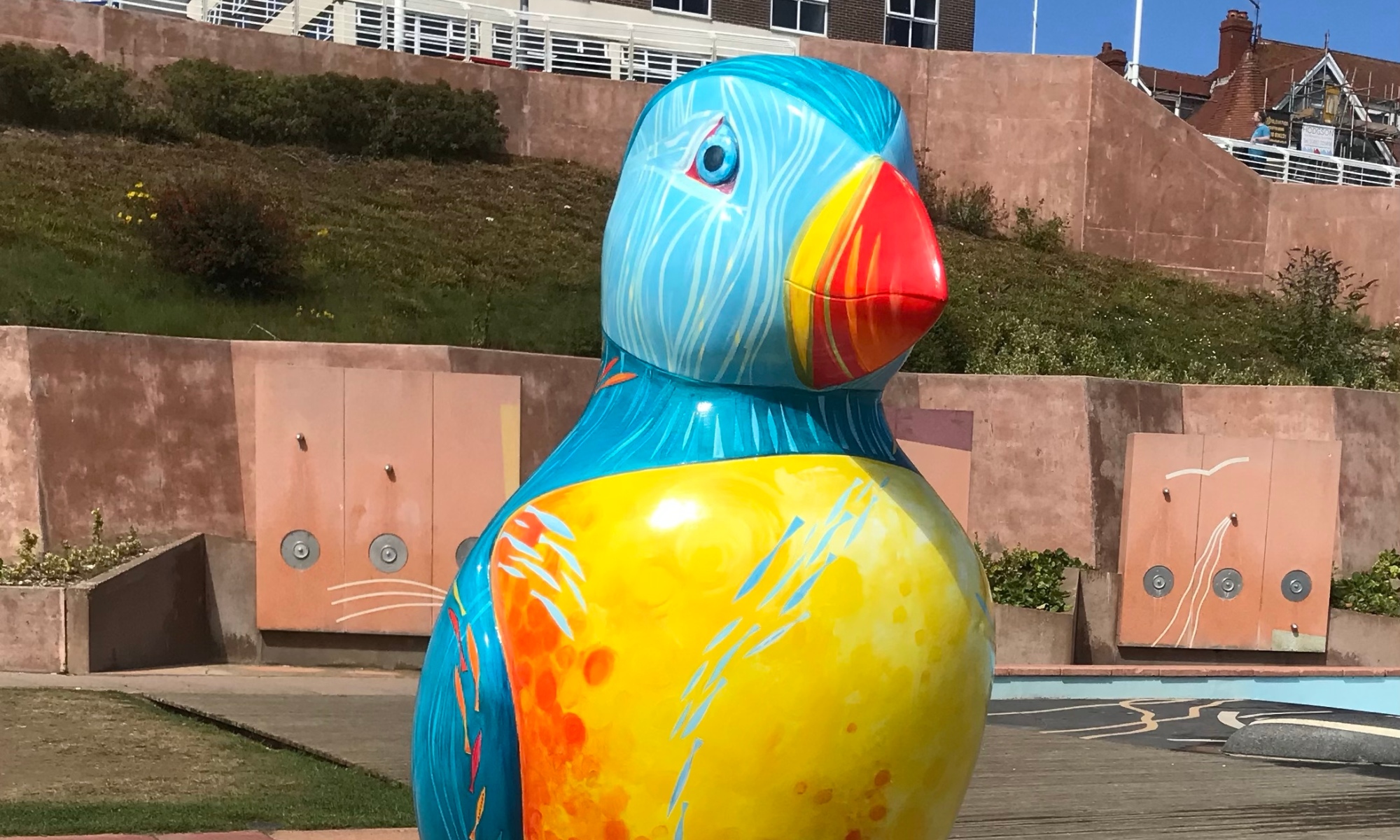 Two weeks ago we were in York at the Sports ground where we were able to see Yorkshire take on Northampton and then a couple of days later Lancashire in a county cricket competition. Now keeping to the county we are off to the Royal York Yacht club for four nights.

The journey was quite straight forward , we went via the Humber Bridge and took just over 2.5 hours. We were given a choice of pitch but the first was very uneven. The second was almost the same pitch as last year. The van is 2° nose down which we can live with. 🌥 It is warm but windy.

Unlike last year the wheat crop over the road has already been harvested but the straw just needs baling which could be dusty if the wind changes.

After lunch we walked down to the beach for a paddle. I was tempted to go for a swim but the sea was so far out that I decided on a paddle until my shorts got wet. We then walked along the beach to Fraisborough before turning back for home.

Tea tonight was Chinese style chicken curry. We then read our books because we could not get any programs on the TV. Reception was very poor which may have been due to the atmospherics with the thunder storms inland.

Today it is very overcast and not looking good all day. We went for a walk into town to find the Aldi store because they may have some shorts in Beige and in my size.

We found the Aldi store but it had been closed since November and the new store was on a different street somewhere in Bridlington. I found the street on the map but it was a long road some way away from where we were. We decided to walk into town and then along the promenade back to the campsite.

We passed a huge Lidl so we went in and Sue bought some bananas and I found some large bottles of wheat beer. We continued into town and walked around the harbour before heading home.

The sun was more prominent so it was a pleasant walk. We met one of the Yorkshire Puffins on the way home, but he was not very talkative today.

On the way home we went to check out the fish & chip shop, but we could not find it. I asked a couple in a mobile home and they told us that the shop,pub and fish& chip shop were knocked down as part of a new static home development. They are going to be rebuilt in the future but in the meantime they told us about the chip shop near the entrance to the holiday park.

Now we know we can plan for another night. The rest of the day was spent reading around the van. The wind was quite strong and the Quest ‘walls’ were getting a bashing. I think we need to buy a Quest Pro 4 after all.

Tea tonight is Garlic Prawns with a salad. The bad news was that as I lifted the table to turn it around I managed to trap a nerve in my back. Basically I am Now partially immobile for three months unless I caught it in time.

My back is fragile today but not as bad as it could have been. We stayed around the van and after lunch we walked to the beach and had a paddle but the wind is cool and not a day to go swimming.

After our paddle we retired to the dunes and watched the world go by, then back to Iona. Just before tea I lost the plot and went onto the internet and ordered a new Quest Screen Room 4Pro. It was a great price.

I cooked tonight on the Cadac BBQ , we confined ourselves to a couple of burgers each with some grilled courgettes. Once we had washed up we got another rain shower but it didn’t last very long.

Tonight will be spent reading, we cannot get a good TV signal.

Our last day and the sun is out so we planned to spend some time on the beach. We are also going for Fish & Chips tonight as long as my back is not too fragile.

We went to the beach and after testing the water and reporting back to Sue I decided to go for a swim. It took a bit of getting under but I managed to stay in for half an hour. Sue came to join me but it was too cold for her to swim which is unusual.

Once I got out of the water I sat in the sand dunes to dry off. It then became apparent that I had probably spent too much time in the sea. My hands were white, then they turned blue with white fingers. The shakes then started and I got pins & needles in my finger tips. Sue went back to the van to make me a flask of tea. After about an hour my hands were back in the land of the living. We couldn’t understand why it was just my hands when my feet were normal.

We missed lunch and got back to Iona at about 15.00 so we spent the afternoon reading until it was time to go for Fish & Chips. It was around this time that we made plans to stay an extra night. I went to see if it was possible and yes we could stay.

We headed out to the chip shop but first we had to buy a 4 pack of beer for the extra night. Then into the chip shop next door to order supper. We walked back to the beach and found a space in the dunes where we could get some sun and eat our supper accompanied by a glass or cup of the red stuff, which we followed with a beer and a wine for Sue. A great end to a lovely day.

Once back at Iona and settled we sat in the quest to get the last of the sun before we went inside. Roll on tomorrow.

Once the normal jobs were done we headed for the beach. We chose the same place in the dunes as yesterday. The pull of the sea was too much and I was off to test the water. It was almost high tide so the sea was quite close.It was cold but I soon found myself swimming.

Sue had been watching and then came to join me, it took her a bit longer to get totally submerged but we stayed in for about 20 minutes before returning to the dunes.

Just like yesterday my hands were blue with white fingers but they soon got back to normal and the sun emerged and we were soon dry and getting warmer. We had lunch and then Sue decided to go for another swim but I declined this one. We stayed until 15.00 when we headed back to Iona.

We were both salty and sandy so we put the hot water on and each had a quick shower. You forget how great a warm shower is until you have been in the sea.

Tea tonight is stuffed chicken breasts , sweet potato fries and salad to finish off out extra day at the seaside.

After tea we took the quest down and packed away as much as possible ready for our departure in the morning. Driving home on Sunday may well be busy if other campers have the same plans.