Our planned trip to Hatton Country World was cancelled due to last weeks wet weather and the venue is waterlogged. We have been stuck before on muddy grass so a wet rally field is a bit off putting. So we have planned to go to Lyndon top which is basically 117 acres of grass field. The difference is that Lyndon top has been an all year venue for years so we should be OK.

For once there is no wind blowing a gale. Our new milenco ramps are much easier to use and we are level without being right at the top which is a bonus compared to the old ramps which were smaller. The sun is about despite the cloud cover that keeps drifting across. We have parked next to a small caravan to keep the row straight. We have a great view of Rutland Water but the gap between two units will no doubt be filled. We could have parked there but it looked a bit narrow, until we had set up, but it is too late to change now.  Day 2: The site filled up yesterday evening  but we are not crowded in .

The gap in front of Iona was too tempting and the warden put a camper with a small tent there, then later on a motorhome arrived. Still we still have a view and the sun is out so it should be a good day.

I had a chat with the wardens about the state of the elsan point and how the tap is in the wrong position and is unusable. The new warden said he had no screw drivers and there was no flexibility in the pipe. Well I hate to think what it will be like by Monday with about 300 caravans and motorhomes using it. I was not impressed with his attitude. We went for a walk to the visitor centre to get an ice-cream. We were about 200yds from the entrance and we heard the ice-cream van arrive at the site. We ignored the chimes and continued to the visitor centre. 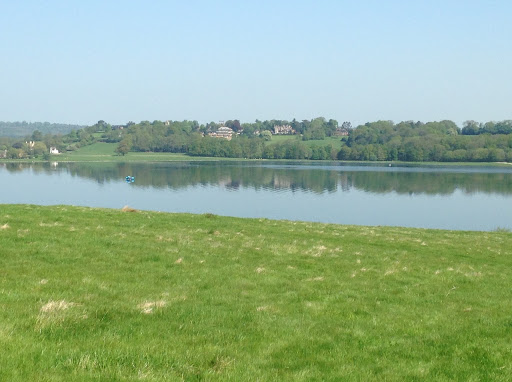 Rutland Water is known for it’s breeding pairs of Ospreys. The Ospreys have returned and the first egg was laid in March and the clutch of eggs is due to hatch very soon. Apparently This was the earliest an egg has been laid since 2001.

Back at Iona there was no wind, the temperature outside behind the windbreak has reached 100f / 38c, the hot weather was taking it’s toll on the fridge, the kitchen sink was hot and the temperature above the cooling fins was 52c. I installed some extractor fans and a temperature sensor last year. I switched it to automatic and it soon reduced the temperature to 35c which enables the cooling fins to do their job and cool the fridge at the same time cooling the sink.  We had two new motorhomes turn up, the first one parked in front of an existing van and they asked if it was ok, then later their friends arrived and parked next to them. Then it all kicked off with a woman in a neighbouring motorhome shouting at them for blocking their view, and further arguments followed, the site manger was called and the different parties split up and peace was restored although it was obvious that arguments were still going on. 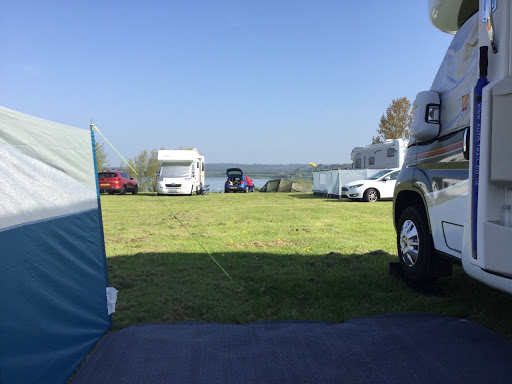 This evening we had our first bar-b-que of the year using the cadac. We had a simple burger and bratwurst sausage but that was quite enough. We sat outside until about 9 pm and then retired inside before it got too cool. Day 3: The forecast is for another hot day, so we may just sit around Iona, read and people watch. We did have the Virgin hot-air balloon take off nearby. 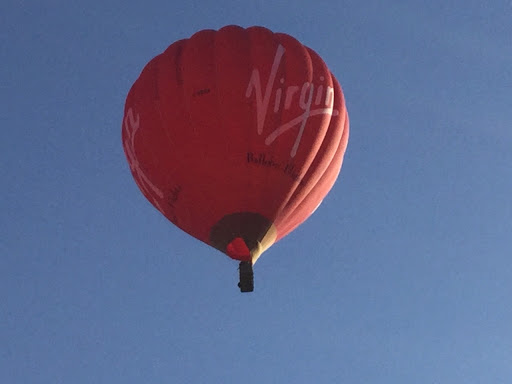