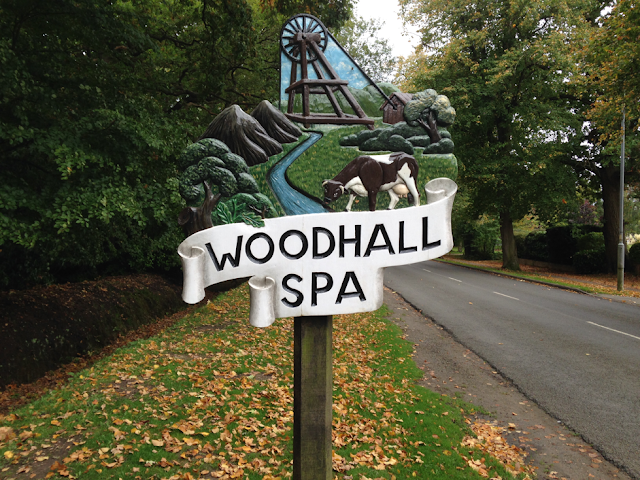 You can always tell when it is getting towards the end of the season when we go back to Woodhall Spa. We are a week earlier than last year but we have  another couple of sites to fit in before November. 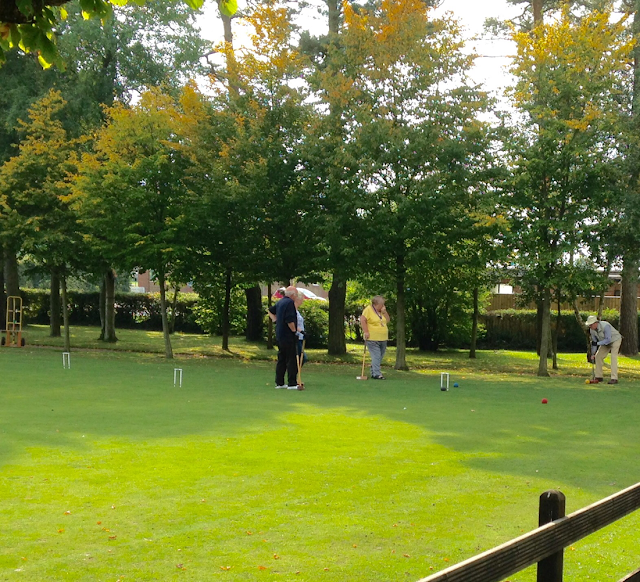 There is a bonus this year in that the swimming pool is open until the 1st of October. It is kept at 29c so warmer than outside and campers get in for half price. After lunch Sue decided that because the sun was out she would give it a try, I decided to watch the croquet instead. I will give it a go tomorrow. The pool only had half a dozen swimmers but by the time Sue had got out it was beginning to fill as the schools finished. 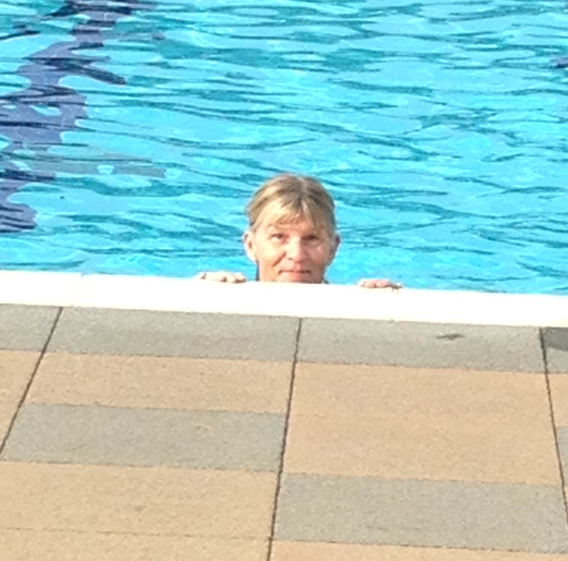 I had a wander around the grounds which were more colourful this year because we are a week or so earlier in the season. The rose garden was still in bloom. 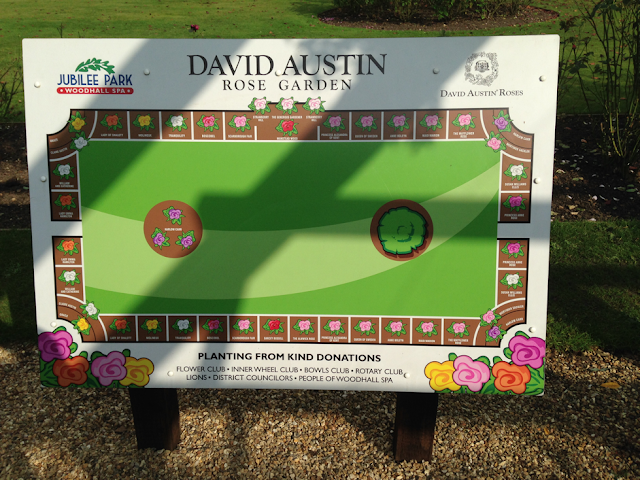 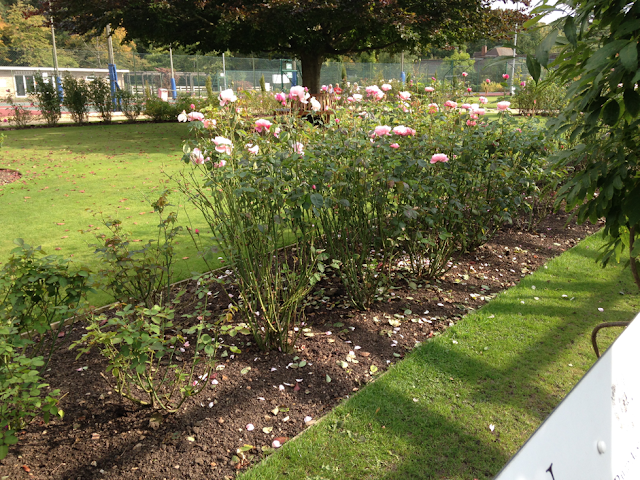 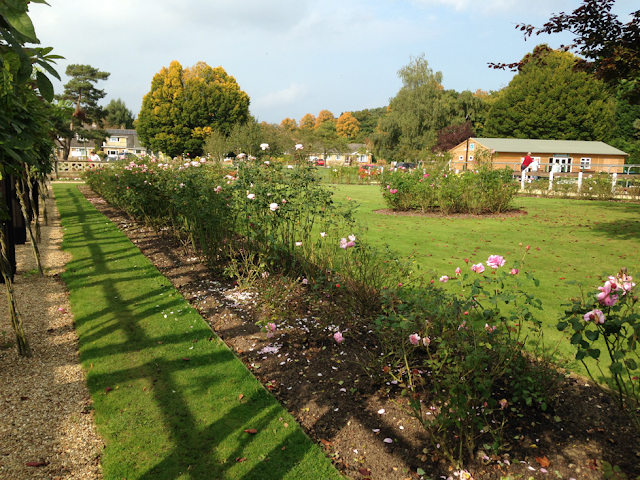 The sun stayed out until after 5pm and then we retired to the van for a Chinese style chicken curry to end the day. 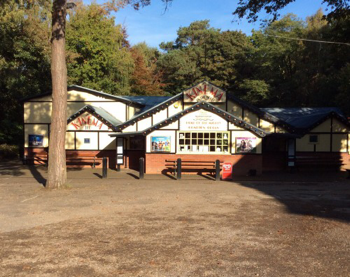 ‘
We walked to the Kinema in the woods to check on times but it was closed so we carried on our walk into town via the museum and then down the high street to check out the fish and chip shop. We continued on and found the Viking Way which took us to green lane that runs at the back of the campsite. 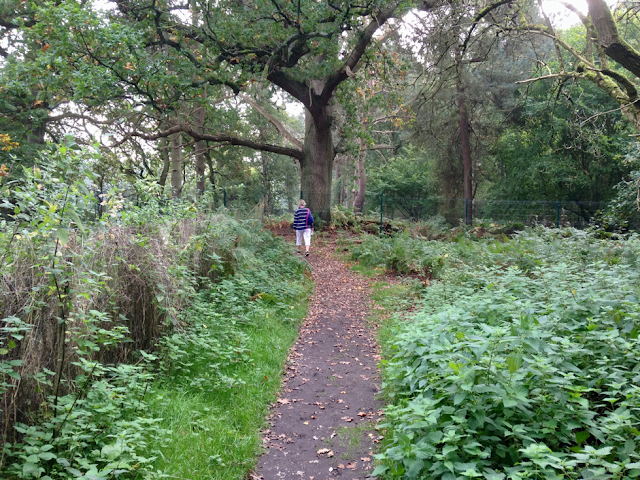 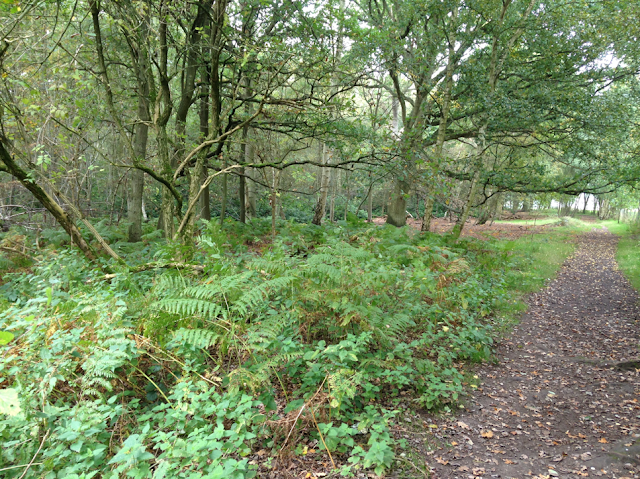 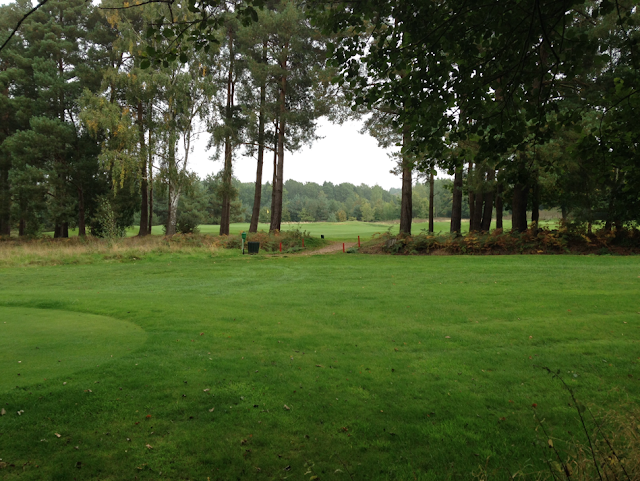 We walked past the campsite and out towards Woodhall Country Park but we turned right into the woods that ran by the golf course and eventually took us back to the Kinema, and from there back home. A total of 5 miles. 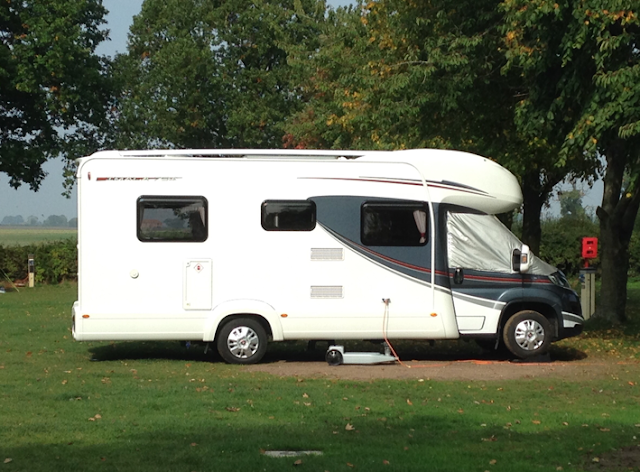 For tea tonight we had Beef Wellington, carrots, beans, potato and mushrooms. 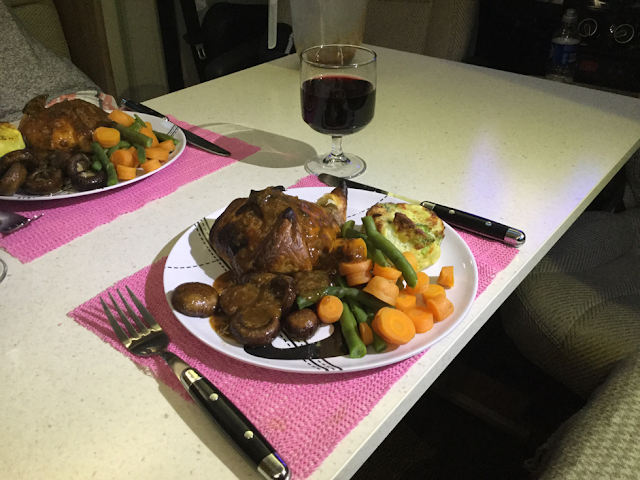 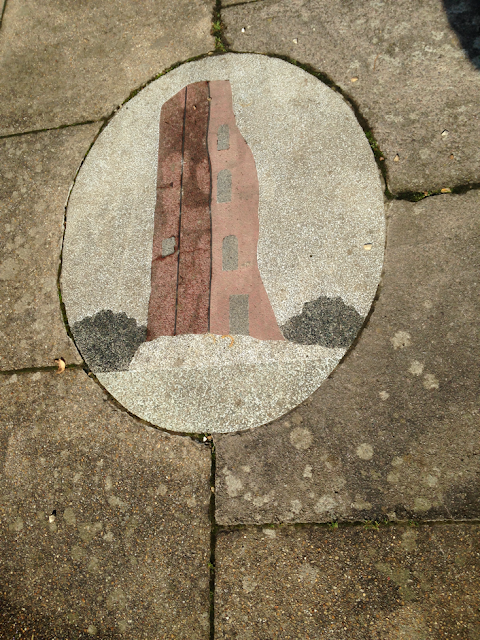 Today was chill out day,so we got up late and walked to the cafe for a cuppa, Sue had a bacon and egg roll while I went for a cheese burger that was not good. The burger appeared to have been precooked and then reheated. The outside was quite chewy but hunger got the better of me. Outside the cafe was this decoration in the patio, but there was no explanation of what it was all about.

This afternoon Sue went for a swim while I stayed by the van with a beer and my kindle. Tea tonight was van made macaroni cheese.

Went for a walk around The Pinewood and then headed for the Petwood Hotel to see what changes had been made. The outside is being painted and there is a new terrace with plenty of tables and chairs. It was not warm enough to sit out today.

We found a relic from the war. The only remaining prototype of the Barnes Wallace bouncing Bomb. 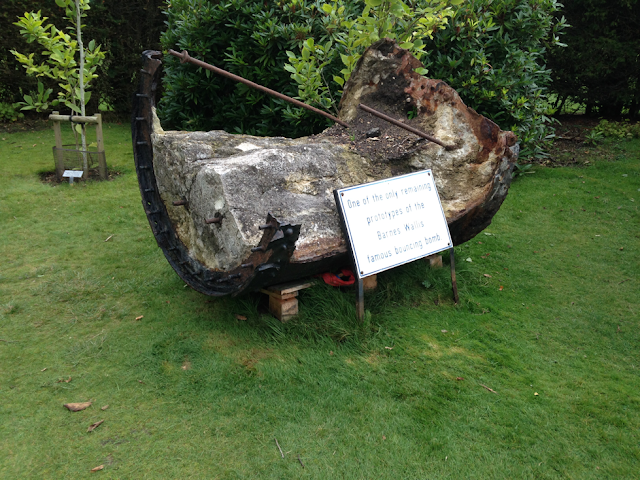 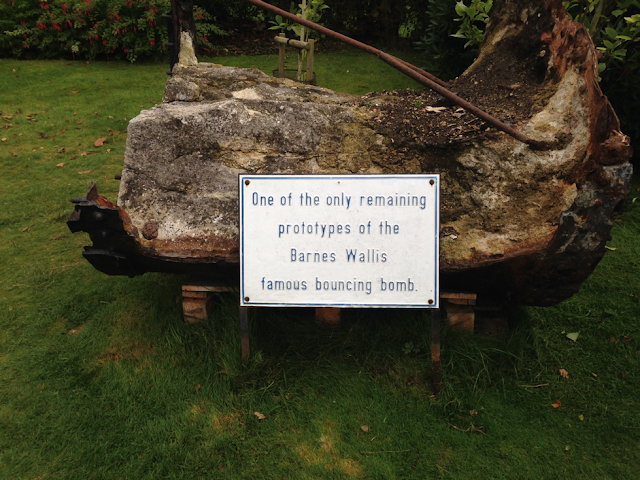