We will call this Trip 4 although Trip 3 was one night outside our son’s house. We are going back to Teversal in Nottinghamshire, to the site of Silverhill Colliery and the C&CC campsite.

We have had an engineer come out and check the cooker for a warranty claim and everything is now working but we need a new gas valve to be on the safe side.

The journey to Teversal only took just over an hour and the roads were quite quiet. We arrived early and while we waited until checking time we wandered around the site and found a friend, Peter Swift, who had been onsite for a few days already. We were able to get the pitch next to Peter and we were soon up and running. From the window we can see the old colliery slag heaps, they will be tomorrow’s walk. 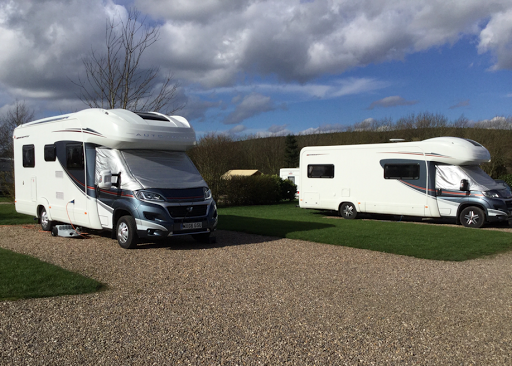 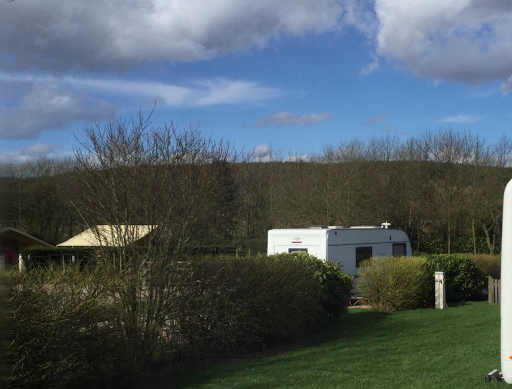 Day 2.
Today we were woken by heavy rain on the roof, and looking at the weather app we will be having rain all day. At about 10 o’clock there was a break in the weather and I made a point of doing all the daily chores.
The rain has stopped but the wind is pretty strong but I think we will go for a walk this morning. We took The Spinney Grace Bear with us to send a report back. The total walk today was 3.5 miles. 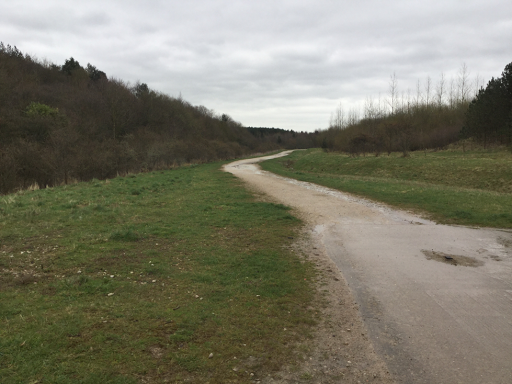 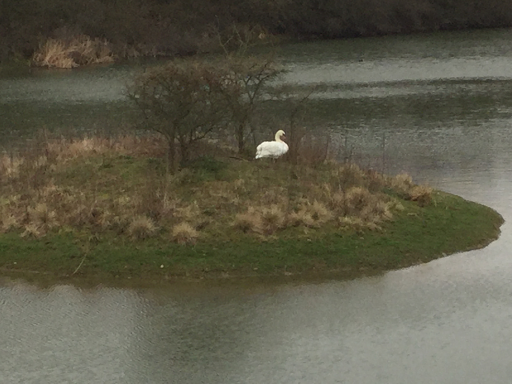 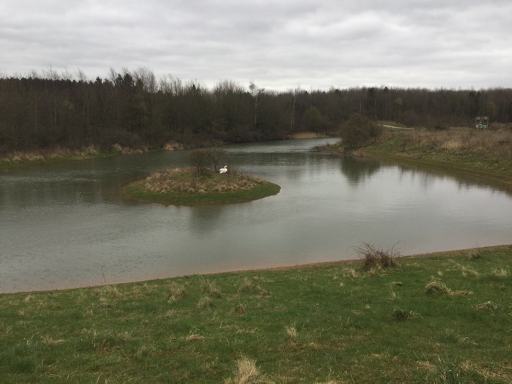 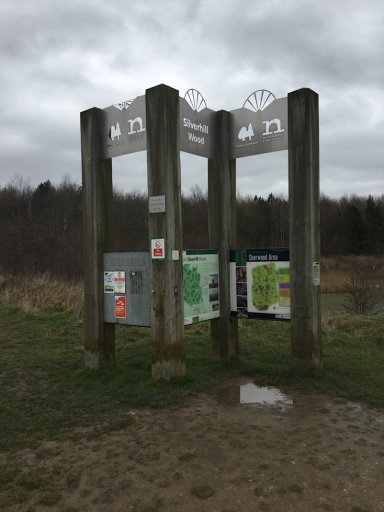 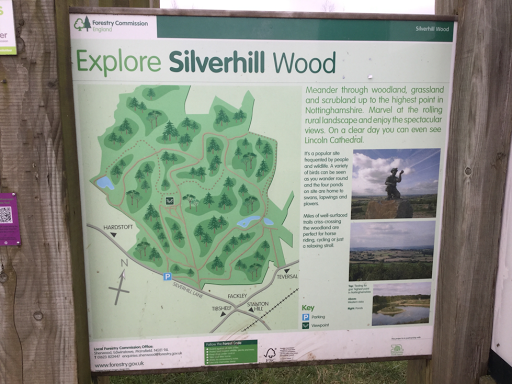 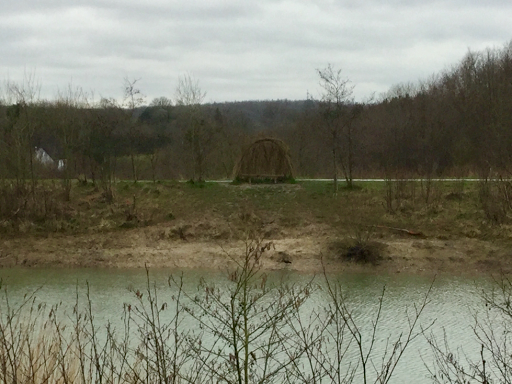 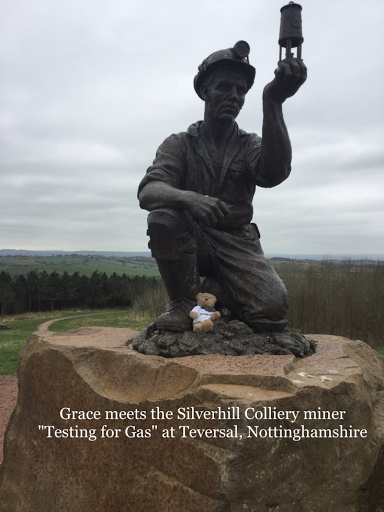 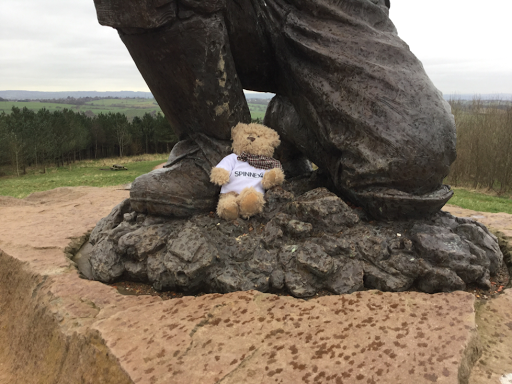 I should mention that Grace Bear is given to all Spinney Motorhome / Caravan customers.
This campaign is very special to the Holland Family. The bear is named after Grace Holland who is the only child of Gemma Holland and the late Nick Holland Junior and granddaughter of Gill Holland and the late Nick Holland Senior, who established Spinney Motorhomes in 1975.
Nick Junior worked at Spinney from 2002 and ran the service department from 2006 until his very unexpected death in February 2010 from an undiagnosed heart condition. Grace was only 9 weeks old at the time and is a very special part of the Holland family who brings comfort and pride to all.
Every motorhome or caravan sold is supplied with a Grace Bear. The Holland family want this bear to be taken on all adventures and they encourage owners to post pictures to their FB page.
http://www.spinney.co.uk/about/grace-the-bear 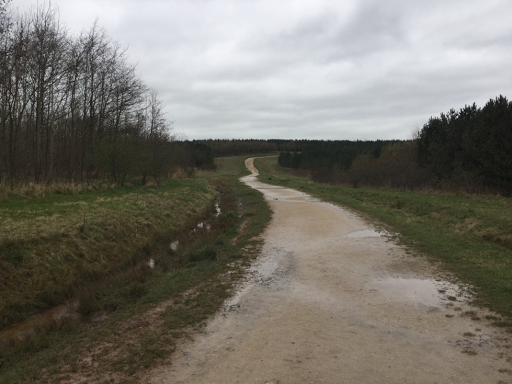 Back at Iona we had some soup to warm up. We had timed the walk to perfection because the skies opened to an afternoon of heavy rain. The afternoon turned into relaxing and reading until Sue prepared tea and After tea Peter came over with a bottle of wine and we spent another evening putting the world to right.
Day 3.
We awoke to sunshine and wind. When we eventually got up it had clouded over but more sun was forecast. Once all the jobs were done we set off on another walk around Silverhill. We found another pond and another steep hill to climb. After covering some of the ground we walked yesterday we detoured to see the Teversal visitor centre, I was quite expecting it to show the colliery before and after but no, it turned out to be mainly a cafe. 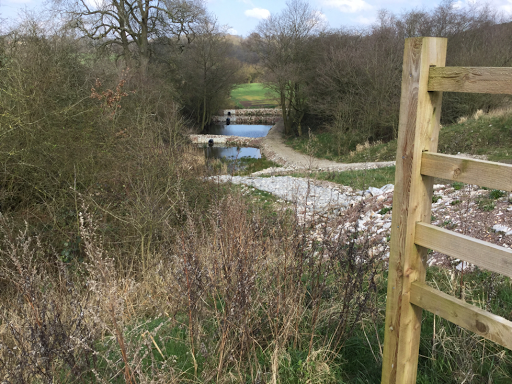 We wandered back along one of the old railway lines that serviced the local pits. We met a few horse riders and lots of dog walkers. We eventually arrived back home after a total of 5 miles. Lunch was bratwurst sausages in rolls and then a beer and a nap. We have invited our friend and neighbour , Peter, around this evening as it is our last night before we head home. 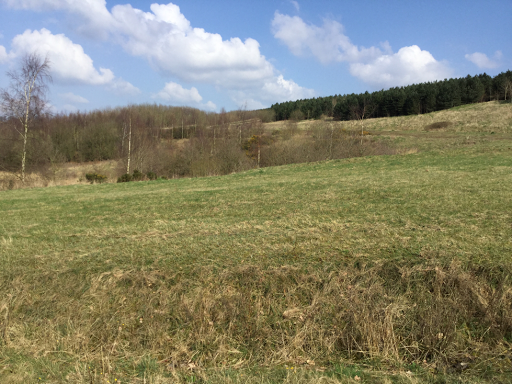 After another trip in Iona, it has confirmed that our choice of motorhome was correct and the layout suits us very well. If only we could go away every week but we are limited to alternative weeks at most.